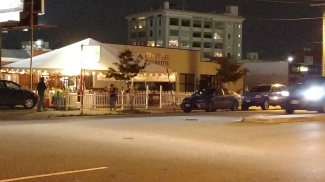 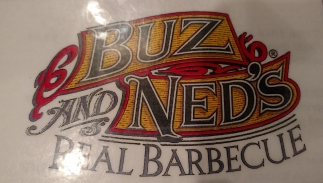 How do you do justice to fantastic, mountain born traditional BBQ in a straight up roadhouse where the pork is not on paper but waiting to satisfy your hunger?  How do you impart in the written word the sense of joy and BBQ divineness, the sense of sublime satisfaction from eating the best dam ribs which beat true grilling masters on any stage?

How do you even begin to relate the feeling of welcome and pure joy the staff have in their skills to turn around the definition of the best smoked beef, pork and chicken, where the cow, pig and chicken are proud to walk in – the end? 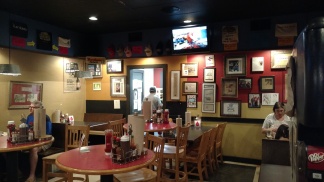 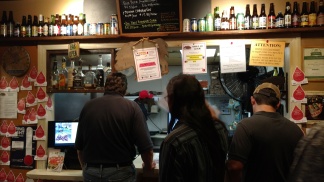 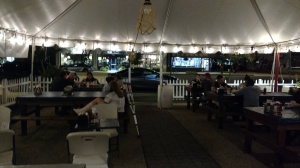 Outside dinning on the Boulevard, the place to be seen

Our Culinary Caravan has asked ourselves the same questions since September 2018 and to be honest we are still at a loss for words.  Like George, Roy, Bob, Tom and Jeff of music, our diverse traveling foodie crew, though well skilled in words and in tune with all things Heavenly Que each tried to place the combined word together to impart bliss. Folks, it is as simple as this….when in Richmond, Virginia you must stop in to Buzz & Ned’s Real Barbeque Roadhouse on the Boulevard (1119 North Blvd, www.buzzandneds.com), ask for a rack – sit back and welcome in the best dang flavors of BBQ you can find.  There is but one place in town for the best, competition winning BBQ ribs, pulled pork and beef brisket with Southern sides.  As they note, a tradition since 1992 but even longer.

At the CTK we are all about the Three T’s of Que, Twisted Tantalizing Thoughts, when it comes to finding the best BBQ in any region.  Buzz has kept the tradition of the old pit masters alive, from the beef BBQ of Texas to Ned’s contribution of whole hog BBQ from the mountains of Tennessee, North Carolina and Virginia.  In our opinion, if you don’t walk away with at least Tantalizing Thoughts of your return to Buzz and Ned’s you haven’t stayed long enough or ate enough. These guys have done and continue to do right by the over 150 years of Pit Que tradition that backs up their cred. These are the best words we can put out there; it’s now time for the Que to say a few words for itself. 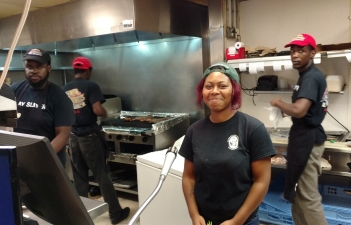 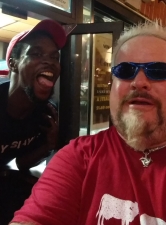 Von and the Chicken Thief, Von and the crew made the evening memorable

The crew and I were definitely jones-ing for tasty Que and we hoofed it down from the Scott’s Addition neighborhood of Richmond to where everyone said we had to go.  Buzz brings the best Texas Beef Que into the mix and learned from Ned the tricks of the Smokey Mountain Pork Pit Que, and keeps this tradition alive.  The care Buzz’s crew takes – this night we hung with Von, Darius, Daquan and Jamiel, who prepared the ribs, brisket, pulled pork, and chicken – led to full stomachs and empty plates by our crew.  I focused on the full rack of baby-back ribs per the suggestion of Jasmine and Chell at the register.  Best choice of the night! This staff was engaging, well versed and focused on the smallest details to ensure all the guests had the best experience possible.

Many say the best ribs are fall off the bone, I disagree and by the way these ribs were cooked so does Buzz.  The baby-backs smoked with whole wood hickory, were meaty and juicy.  A full bite brought the teeth to bare through the surface bark and juicy meat below.  Each bite not only left marks but brought forth tastes to the senses that were being experienced for the first time with each bite.  The caramelized sugars both in the spice rub and meat itself produced a bark tantalizing salty and smoky at the same time.  The Bark was like BBQ candy, as Chicharrón is Crackling pork-goodness.  The savory bark imparted an off-set flavor to the sweet smoked meat underlying the rib.   These ribs were mouthwatering 12 feet away, paired with Buzz’s sweet and spicy sauce the ribs they were Tantalizing.   The sweet/spicy sauce was a bit of North Carolina and Texas all wrapped up in a squeeze bottle.  The sauce accentuated the ribs, imbibing the sweet charm of the Appalachia South while bringing in the zip, zing, zang of the heat of the Texas Plains. 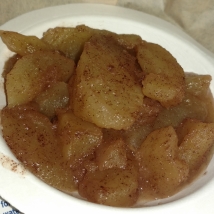 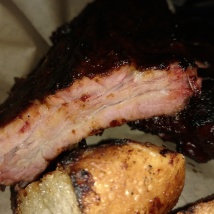 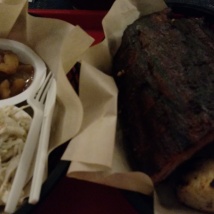 This is a meal experience you don’t want to miss out on. True southern sides are added to each plate with plenty of sweet and savory options to choose, from the Fresh Country Greens to the caramelized Cinnamon Bourbon Apples, perfection in every bite. Each beef, pork and chicken plate is enhanced beyond imagination. This is Que Nirvana and your taste buds will be prepared to help crash the gate. Your tanks will get filled but your senses will say don’t stop.  Take a pilgrimage, check out the Southern charm of Richmond and imbibe in the best Que found South of the Mason-Dixon line. Tell them that the Chicken Thief sent ya to steel some true Mountain Born Que to the North.